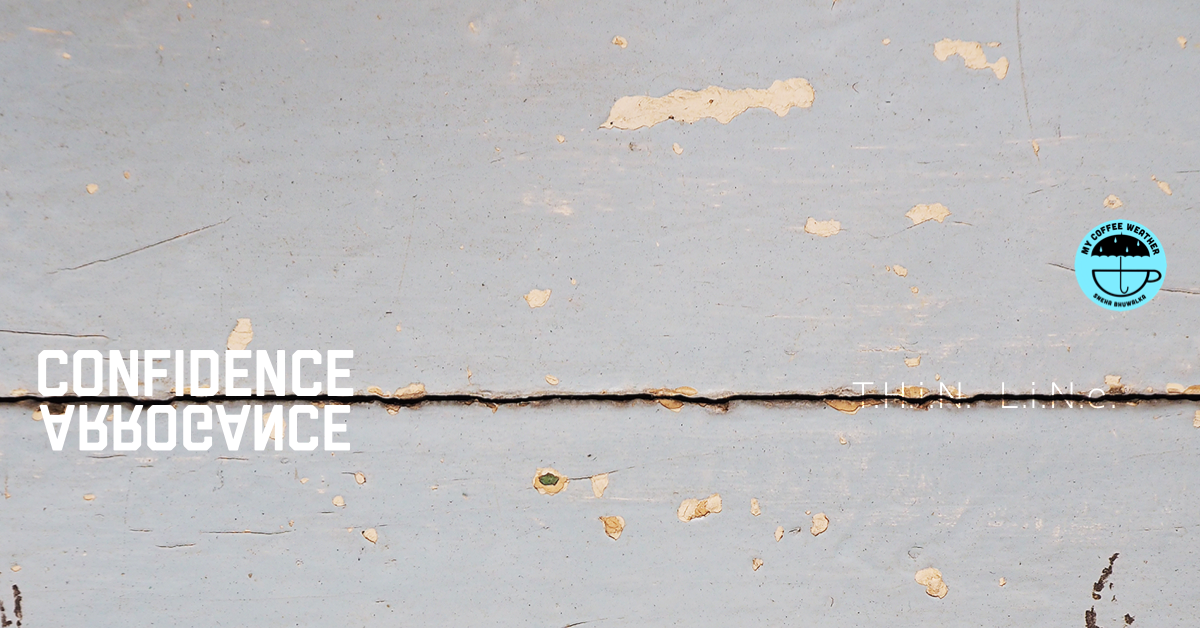 “Enjoy the process!” —they said; “Don’t worry about the results!” —they said. It is nice to hear it; and to read it, but applying it in a reward-centric world is a different ball-game. We always want to make the right choices that lead to the outcome we want. Achievements have always been glorified in all of history because isn’t that supposed to make us feel good about ourselves? Being good at something and our laurels— they put us above others; give us an edge AND… on the flip side make us a little self-righteous.

I was given two choices by my friend and depending on what I picked I would get rewarded. I picked the right answer and to my surprise the wrong answer was apparently more rewarding. Twisted right? It perplexed me, the idea of getting something extra for the wrong choice. Does that happen in real life? It could right?

You could reach faster, inspite of taking a longer route to a destination (less traffic); or wing-it in a recipe and it could taste fabulous. You could call someone by mistake and it could end up in a great conversation; or forget to save a file (happens if you’re technologically challenged like me) and get a whole new way of doing the work again.

What taught us to chase results and to get gratification from achievements then? I think it’s a generational curse! We’re praised as a kid for doing something good; given extra stars on our notebooks for good handwriting— glorified for good choices and reprimanded for bad ones. Some of us are still chasing those stars, a.k.a being self-righteous.

I always took pride in waking up early. Sure it has a great deal of health benefits but sometimes when I had to sleep-in late, I would begrudge myself the extra sleep that morning. Self-righteousness is like the card that sneaks in up the magician’s sleeve. You saw it but didn’t really look at it.

How do you catch yourself being self-righteous?

Each one of us can be self-righteous in some way. Self-righteousness is an attitude that can be fixed only by yourself. If you can’t see you’re being self-righteous, no one can make you see it. From high up there, anything anyone says feels like it’s coming from a noob, because you’ll have a ‘been-there-done-that’ attitude. All you need to see is how this attitude can affect your life?—

When you are being self-righteous, you’re probably pushing everyone away. You will stop you’re own growth by limiting your channels of learning. There will be a lot of anxiety of slacking, and keeping up might feel exhausting at times. You might not have a balanced life- investing too much into the things that make you feel above everyone. Confidence in some areas of life could be low, if you feel highly self-righteous in other areas.

If you know someone who is a little self-righteous—

Just know you need to appreciate their smallest efforts in doing things unconventional to their forte, (like if they are too obsessed with their work life and they put together a meal -clap hands);

Encourage them to be in social settings where they can learn something outside of their world (“Why don’t you meet the neighbours today?”)

There is a Yoga Sutra by Patanjali which speaks about discrimination. Finding the opposite of what is too intense- “Pratipakshabhave”. I feel I somehow found this connection after reading that. Yoga isn’t just asana- it’s a way of life and it’s the google maps for life’s journey; and I’m “Enjoying the Process” —like they said!

If confidence is something you’re struggling with— Watch this TED talk below and know you got it! Brittany Packnett!

‘Self Care‘ connected to this topic; might give you better clarity if you read!

Instagram
We heard you! Now shop on our website for a cash on delivery option (For a min order).
Everyone’s making new year resolutions to get fit, get successful and rich, learn something new and grow. The key is what you do everyday.
Do you check your mails first thing in the morning?
Subscribe to Blog
Facebook blogpage